Hazel is a specialist in early violin, working in the field of historical performance. Described by Gramophone as ‘accomplished and knowledgeable’, her performing career focuses principally on the following areas:

Hazel has performed as a recitalist across Europe and in most major venues in the UK.  She has a longstanding musical partnership with harpsichordist David Pollock in Duo Dorado. Performing familiar composers such as Bach and Vivaldi alongside more unusual repertoire, and praised for their accessible yet high-quality performing style, the Duo were Making Music selected artists 2015-16.  They have released a number of critically acclaimed recordings, including premiere recordings of early English sonatas, edited by Hazel from manuscript sources.  Hazel is sought after as a player of this repertoire. 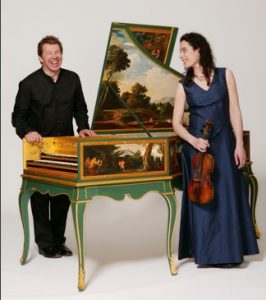 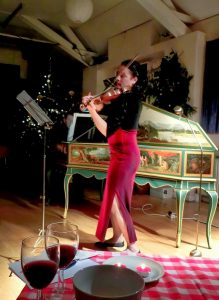 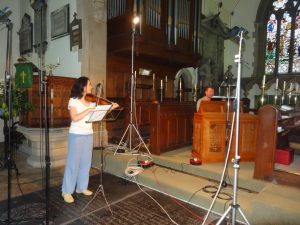 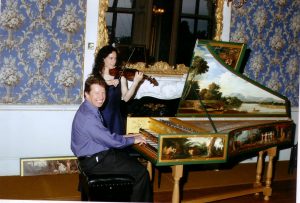 Hazel also performs in England and abroad with organists Martin Knizia and Robin Walker. Of particular note is a performance of early Italian repertoire in the lavish 1620s baroque nave of the Badia Fiorentina, Florence, playing a copy of an Andrea Amati violin from 1564 alongside the Zeffirini organ of the Badia, dating from 1558. 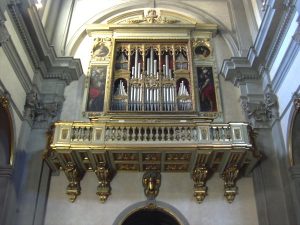 The City Bach Collective specialises in performing the cantatas of J. S. Bach and is directed by Hazel from the violin.  More information here.

This once popular instrument is largely neglected nowadays outside its annual appearances in Bach’s St John Passion. Hazel plays it extensively, exploring lesser-known repertoire from early manuscript sources, through concertos and cantatas by Vivaldi, Bach and Telemann, to music written by contemporary composers. The frequent use of scordatura in baroque music for the viola d’amore ties in with Hazel’s interest in scordatura writing for the violin.

A particularly memorable project was the recording in 2012 of Odysseus in Ogygia, a new work by composer Rachel Stott for six viola d’amores in three different tunings. 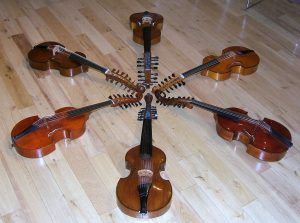 A graduate of Clare College, Cambridge, Hazel went on to study the violin at the Hochschule für Musik und Theater in Leipzig, then the Guildhall School of Music and Drama in London, where she was awarded a scholarship to specialise in Early Music.  She won the Christopher Kite Prize, the Bankers Trust Pyramid Award and was a finalist in the chamber music competitions in York and Antwerp. Principal teachers have included Rosemary Rapaport, Fred Roth and Micaela Comberti.